Elev8Life has been an integral part of my development from boyhood to manhood. I was first introduced to Dr. Andrea Hazim at her very first leadership camp in the summer of 2015. I came to know that most people refer to her as Aunt Anj. I had zero intention to go to Camp iDENTIFY, but my sister Julianna was going and I tagged along with my mother to see her off. I was 15 at the time, and when I met Aunt Anj she took her time to welcome us, and as she spoke about all that would go on and all the people coming to the inaugural camp held at Florida Atlantic University, I was convinced I needed to join my sister. It was official, I was going to Camp iDENTIFY 2015.

Camp iDENTIFY is a camp for youths organized by Elev8Life, a leadership and training organization focused on turning today’s youth into tomorrow’s leaders. There were so many activities each day, but the most memorable for me were the board breaking, ropes course, and bridge building! Right from the start, they had us breaking boards with our bare hands. I did not expect that! We did an entire session in which we learned to be bold and courageous, and to show no fear.  We were asked to write down different things that we thought were holding us back in life, things we needed breakthroughs in. But we were asked to actually write those things on the wood instead of in our journals.  Each person then took turns smashing the boards with our bare hands. Each time someone snapped a wooden plank, the whole room erupted into screaming and cheering, as we literally “broke through” our past strongholds. I did not know it, but I needed something like this in my life.

The second most impactful thing for me was the high ropes course. I’ve always had a big fear of heights, so literally climbing up a telephone pole, with what seemed like only a tiny support rope, was pretty radical for me. And once I got to the top there was barely anything to stand on, which didn’t make it any easier. But the coolest thing happened right then… in that very moment, I applied what I learned earlier in our board breaking session! For the few minutes I was up there (and it seemed like forever), I realized that it is was love that makes me strong!

The bridge building project was another hard object lesson. We had to learn to function as a team and how each individual had an essential role as they contributed to the whole. Each team of students, divided in two, was forced to learn effective communication if they were going to be successful designing and assembling the two halves of a single bridge, without being allowed to see the other half of their own team’s work, until the bitter end when they were required to connect the two halves into one continuous functioning bridge.

At that time, my 15-year-old SELF was introverted plus I grew up as an athlete who hated to lose. So, during this exercise, I learned very quickly, that I couldn’t just take over if I wanted to be successful. I had to learn to over-communicate. In this exercise, it was like we were all wearing masks before we started, but as soon as we started, we took them off. In the midst of the chaos and trial, it was easy to identify what I really valued. It caused me to look inward at my life, even at things that I always viewed as “OK”, but really weren’t. Plus it made me see things that I never took the time to consider at all. It has helped me fine-tune my personal growth priorities. One example of this was realizing that I needed to be more assertive and confident in everything I say and do.

Since that first amazing Camp iDENTIFY experience, I also attended the next two year’s camps, plus practically every other event Elev8Life hosted or promoted. Along the way, I not only compiled much-needed volunteer hours for high school graduation, but I was able to surround myself with amazing and successful people who bathed me invaluable information and life lessons. Tyler Perry, the famous actor, and comedian said, “You can never be upset with people who forced you into your dream or up higher.” This is something I will never forget, and has been my experience with Elev8Life every step of the way!

In 2016 I joined Elev8Life’s Student Government. We were known as Tomorrow’s Leaders Today, or “TLT.”  The first thing I did as Vice President was to figure out exactly what it meant to be Vice President. I learned so much and gained enormous respect for anyone who serves in a high level of leadership. It was hard, but aunt Anj taught us to “Do hard things!” Through it, I learned a new type of teamwork, how to be a faithful assistant to the president, the importance of my word, and to stick to my commitments. 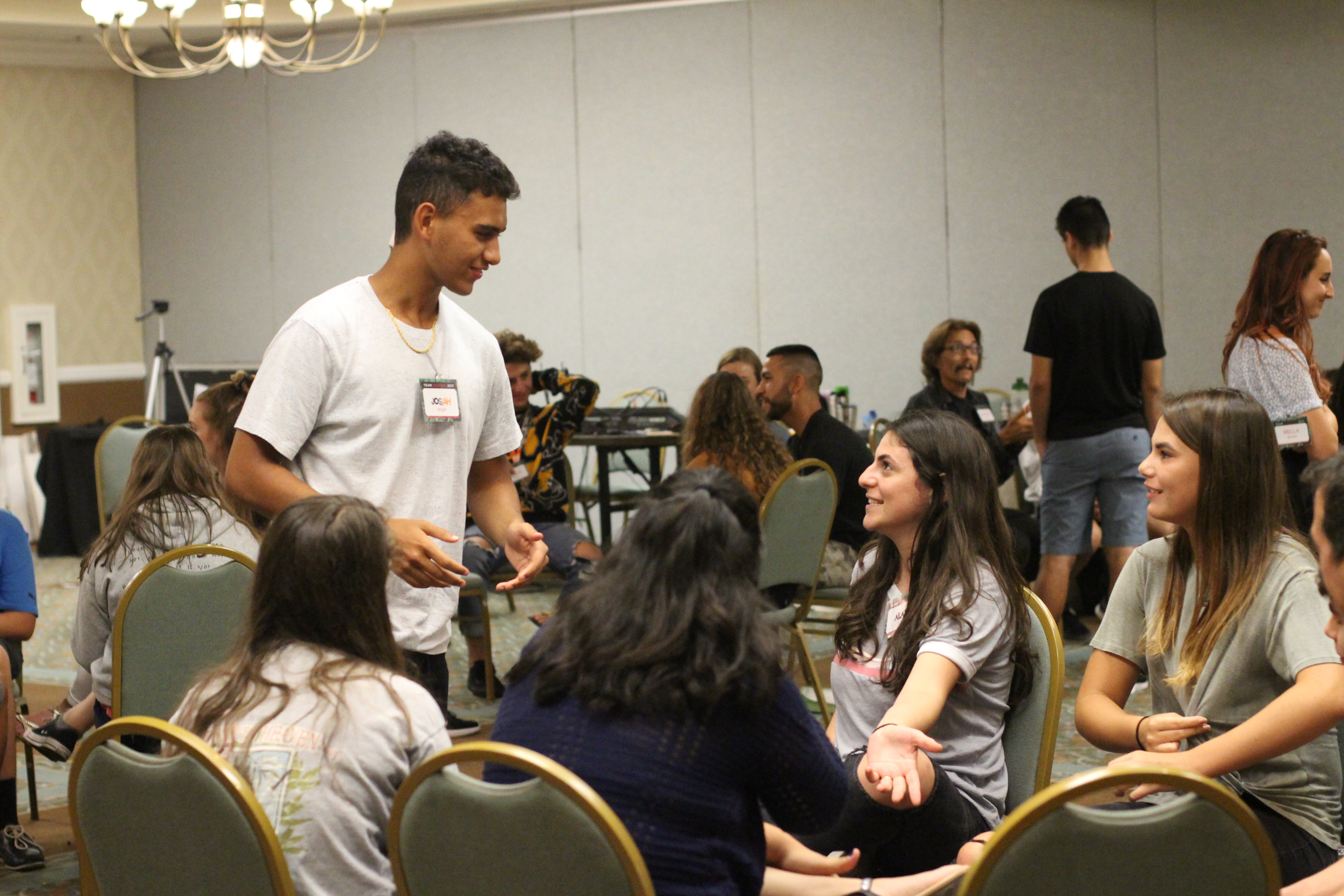 I was so ready for camp 2017, or so I thought. However, God had different plans than mine that summer. The first night of camp we hit the ground sprinting with an exercise about discovering our dreams! “What is it that you want to get out of life; in other words, what is your dream; what were you created for?” were the types of questions that hit us head on out of the gate. I always had some ideas about these answers, but they never truly satisfied the questions for me, and then it hit me. “I want to change the world!”

The exercise forced us to write down our answers on paper. And then we had to read it in front of everyone in the room. I remember getting out of my chair feeling confident, and as soon as I started reading it, I just began to break down crying.  After I collected myself somewhat, and the room became quiet, I spoke softly, “I want to change the world, in a way that no one has ever done before!” Boom! I started balling again as I left the front of the room! It was the most powerful moment for me, right on day one. For the first time, I discovered something that gave my life purpose! Later that night some friends and I rounded up all the guys to talk and get real, with the intention of really getting to know each other. And that is exactly what happened. By day two we could all call each other brother.

Another impactful exercise included powerful positive declarations we would write down and declare over ourselves, and not just privately but in front of everyone at camp. I wrote, “I will change the world!” I still have it hanging up next to my bed, the perfect way to remind myself how I was called to so much more then I could ever think, feel, or imagine. After camp, I stayed connected through the “TLT” meetings we would have once each month.

The great adventures continued when, after three years of being part of almost everything Elev8Life had to offer, I was invited to participate in ELev8Life’s educational travel program. In May 2018 we embarked on a 24 day “Serving Leader Mission” to Europe. Our team of 14 people practiced servant leadership throughout Scotland, England, and Italy. The whole trip was incredible in every way, from serving at local schools to teaching English at local churches, to inspiring the churches to step out into their community. We visited high schools and taught students how to live with purpose, follow their dreams, and most importantly how to discover who and whose they are. “You can do more and be more than what your culture expects of you,” we proclaimed. And that was the impact we had on the lives of those we came to serve. 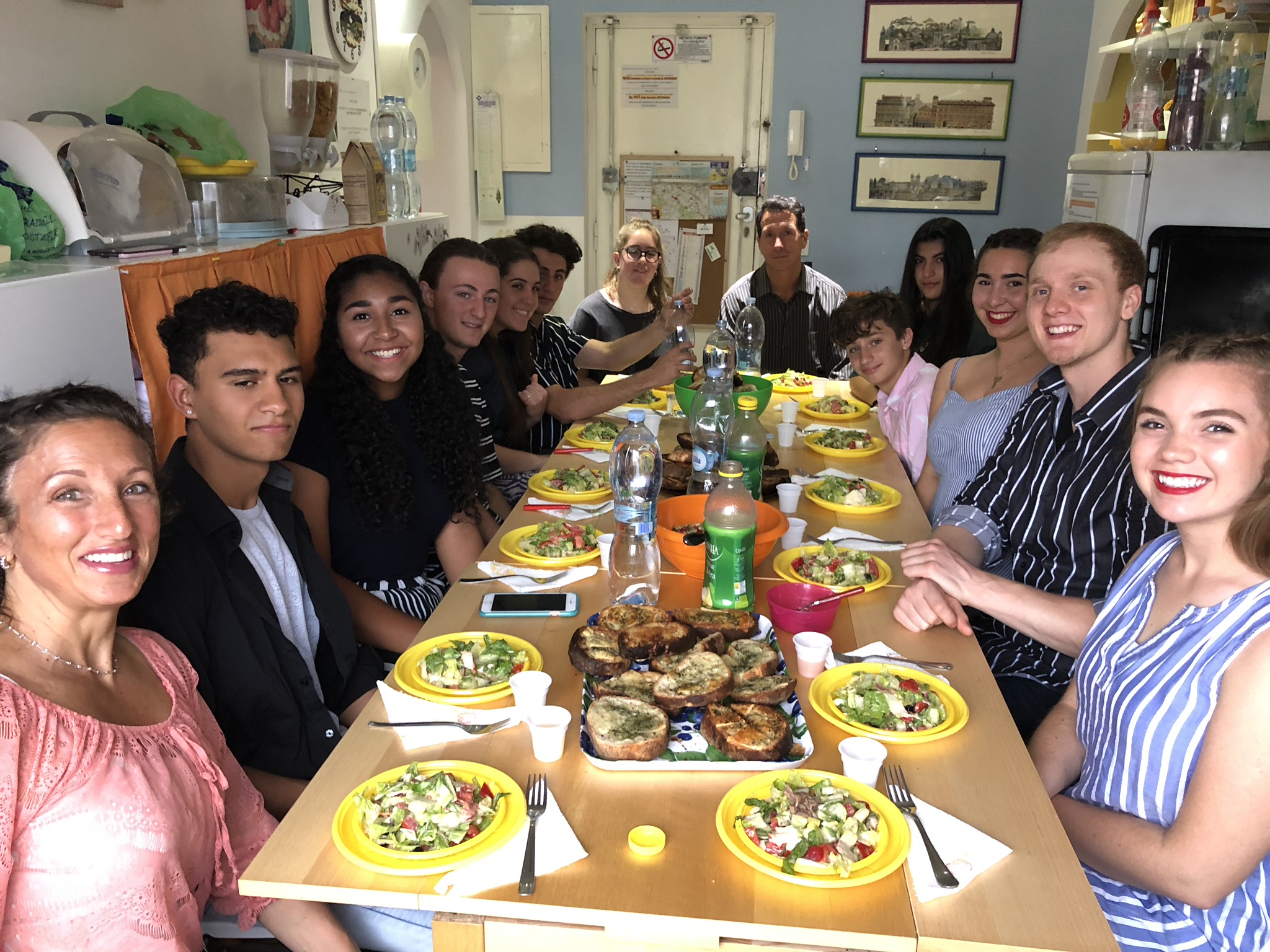 I was reminded so many times on this trip about how important it is to love others and put their needs before mine. Following the example that Jesus gave us of servant leadership when he washed the disciples’ feet, we had endless opportunities to serve one another as members of the team. That might have been the most challenging as we lived in close quarters for so long, and did everything together.  Doing this with Dr. Andrea and friends has been an experience of a lifetime, and I feel like it is just the beginning. I now have the magnificent honor and opportunity as an Elev8Life Ambassador to travel to Israel, representing everything Elev8Life stands for!

Looking back on how much Elev8Life, Dr. Andrea, and her family have poured into me, and all the experiences that caused me to grow, Tyler Perry’s words are more real to me than ever, “You can never be upset with people who force you into your dream or higher.” I will change the world. And I will be successful, a man walking in righteousness. And one day I will have a wife to share this with.

Aunt Anj and Elev8Life have always pushed me to go higher than I thought I could. I learned that for a seed to grow it first must be buried in dirt, burst open, and then it can fight its way out of the ground. Through these times of growth, it has definitely not always been easy, but it has been more than worth it.

Thanks to Aunt Anj and Elev8Life, my seed has sprouted!